October 12th, marked the tragic deaths of Officers Lt. Dustin DeMonte and Sgt. Alex Hamzy who were shot and killed in the line of duty. Officer Alec Iurato was injured but is recovering well.  A joint funeral for the officers was held at Rentschler Field in East Hartford.  Thousands of people including first responders attended to honor the fallen officers.  One month later on November 12th, a vigil was held as many from the Bristol community were in attendance as Bristol was turned Blue. Hundreds of people have visited the memorial outside of the Bristol PD to pay their respects for the officers. 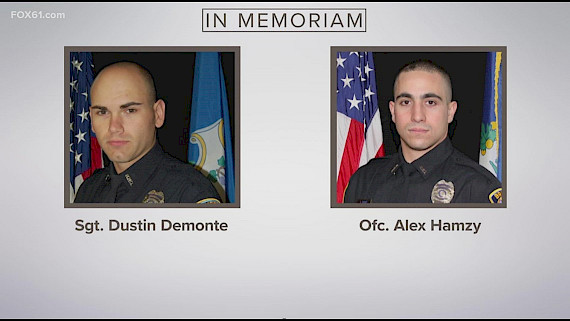 Fundraising efforts have been established to support the families of the fallen officers.  Learn more about how you can contribute Here